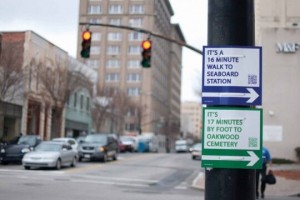 This session will consist of a walking tour of the East Downtown Management District. Prior to the tour, the guides will have developed and implemented a guerrilla wayfinding system in the district. Participants will learn about best practices in wayfinding, how to design a wayfinding system “on the cheap” and how short term, inexpensive implementation projects can lead to lasting change. Participants will have an opportunity to install signage and will be shown the interface that is used for the development of signage.

Learning Objectives for this Mobile Workshop are:

Participants will have the opportunity to design and install signage as a part of the tour. The facilitators will guide a discussion of knowledge acquired. 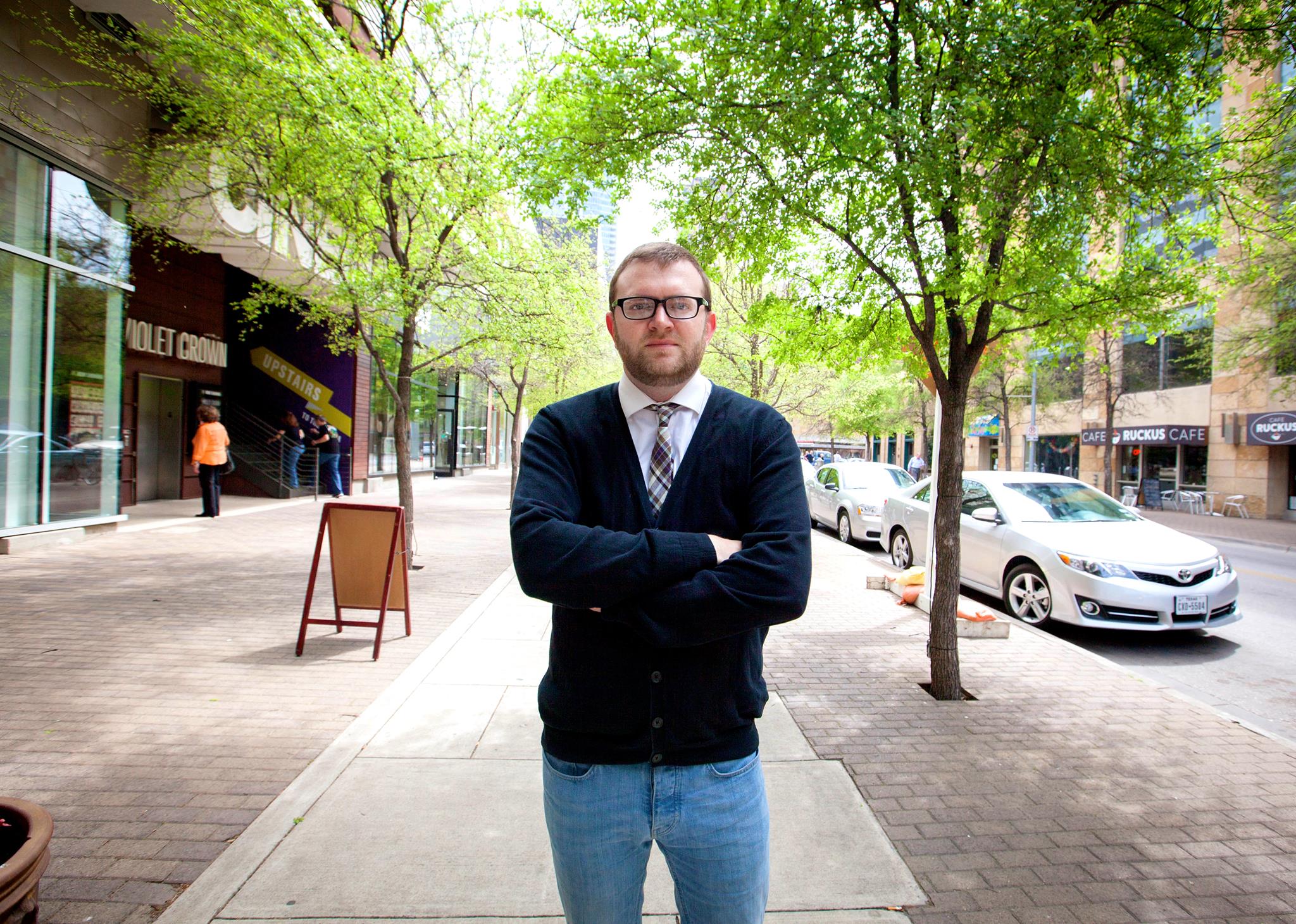 Growing up in South Minneapolis, Zakcq Lockrem became fascinated with the unique overlap of infrastructure and culture that makes up a city. In his work, he focuses on the experience of urban space and the role of public space in shaping civic engagement. He brings broad project experience from the gulf coast, Asia, New England, California, Mexico and West Africa working on issues from cycling to affordable housing.

In addition, Zakcq brings significant experience from the non-profit sector, which he utilizes in developing cutting-edge public participation strategies and to build the capacity of project stakeholders. He served as an adjunct professor of urban planning at Texas Southern University, is a co-founder of Social Agency Lab, a collaborative of urban planners and designers from around the country who engage in public art and creative urban interventions, and is an alternate member of the City of Austin’s Pedestrian Advisory Council. Zakcq is one of the 2015 Next City Vanguard, a group of 40 urban thought leaders under 40. Zakcq has a B.S. in Urban Affairs from Boston University and a Masters in Urban Planning from Harvard’s Graduate School of Design.

Anton Sinkewich is the Executive Director of the East Downtown Management District. 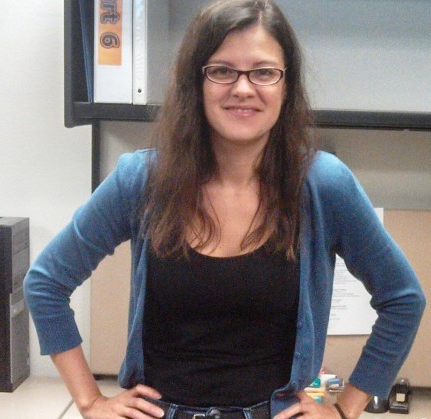 Paloma Amayo-Ryan joined the City of Austin’s Transportation Department three years ago and has quickly become an alternative transit enthusiast. A budding urbanist, she has recently been involved in permitting for Sidewalk Cafés, co-organizing the City’s PARK(ing) DAY process, and developing a Guerilla Wayfinding “walkshop” for the National Association of City Transportation Officials’ 2015 Designing Cities Conference. As an Austin-native, Paloma prioritizes service to her community and has held positions as both a Lead S.T.E.M Teacher for AISD and a Lead Program Manager for a workforce development organization. She earned a B.S. in Communications and a Texas Business Foundations Program Certificate, from the University of Texas. Paloma is a current member of Lady Scouts of Austin and the National Skee-Ball League and in her free time enjoys hiking, camping, traveling, and learning. 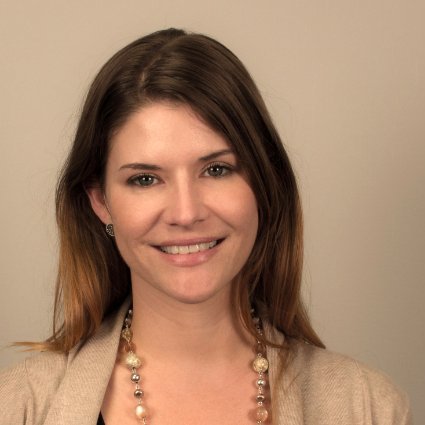 In her short stay with the Department Anita has initiated the City’s first bicycle count program, bicycle detour conditions and established a safety training program she is hoping to mature across city departments.  Prior to her current role, Anita worked in the Transportation Planning Division of the Planning & Development Department where she assisted with the Houston Bike Plan, managed sub-regional mobility plans focused on multi-modal corridor considerations, assisted with the draft and passage of the Houston Complete Street Executive Order, and the City’s Infrastructure Design Manual (IDM) which provides basic criteria from which engineers can design infrastructure in an acceptable manner. While within P&D, Anita also oversaw two cycles of the Major Thoroughfare and Freeway Plan Amendment Cycle and managed the Texas APA award-winning Urban Houston Framework study. Prior to her work in the public sector, Anita practiced transportation planning at Kimley-Horn and Associates managing small area plans, conducting pedestrian-shed analysis and assisting in model testing and development. Anita earned her Master of Urban Planning and associated certifications in Geographic Information Systems and Sustainable Urbanism form Texas A&M University.