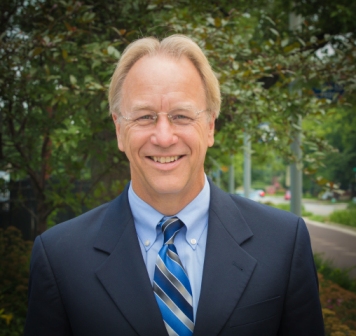 Brian Payne, Founder and Artistic Director of the Indianapolis Cultural Trail: A Legacy of Gene and Marilyn Glick, will explain how this artfully designed and beautifully landscaped eight-mile urban bicycle and pedestrian pathway came to fruition and became one of the most successful and critically-acclaimed active transportation projects in the world.

He will describe how he and his volunteer partners raised the $27.5 million of private philanthropic investment and $35.5 million in federal transportation grants, including $20.5 million from the first round of TIGER funding. The $63 million Cultural Trail connects to every significant arts, cultural, heritage, sports and entertainment venue in Indianapolis thriving downtown. It also acts as the downtown hub for central Indiana’s greenway trail master plan. Brian will outline the hundreds of millions of dollars of new development on the Cultural Trail and share a recent economic development study that is highlighted by how property values on the Trail have increased by one billion dollars. This study can be a powerful tool nationally to persuade unconvinced city officials of the immense popularity and power of pedestrian and bicycle trails.

Learning objectives for this session are to explain how to create a successful private-public partnership, recognize how making a vision bigger can ensure greater investment and success and Identify how to take inspiration from projects around the world and then make them unique and authentic in your own community.

Brian Payne is the Founder and Artistic Director of the Indianapolis Cultural Trail and the President and CEO of the Central Indiana Community Foundation. He is a highly sought out speaker about City Livability, Connectivity, Place-Making and the importance and power of Parks and Trails. He has been a featured speaker in dozens of national and regional conferences in the US and Canada including CEOs for Cities, American Planning Association, the Calgary City Center Conference, The Larger Community Foundations, Council on Foundations and the United Way. He has shared his inspirations and lessons learned from the Cultural Trail with leaders of dozens of American Cities, and leaders in Amsterdam, Copenhagen, Cologne, Calgary and Toronto. In Indiana, he has received the Mike Carroll Award for Civic Leadership, the Indiana Citizen Planner of the Year, and has been named one of the most powerful Hoosiers in the world and an Indiana Living Legend.