Do you manage a great resource that nobody knows about? Are you getting calls from vendors asking if they can use your site, or observing commercial entities utilizing your park space frequently? Do you need a revenue stream to offset O&M expenses? If you answered yes to any of these questions, as a park manager you might want to explore commercial vendors in your park/greenspace. Explore the many different ways to implement a permitted vendor system to improve access to your facility, increase your revenue and even improve visitor experience. In this session, we will analyze several different models and processes currently in place along the San Antonio River. Topics covered in this session include: 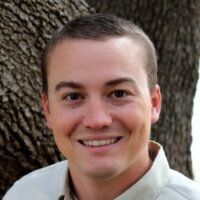 Matthew Driffill was raised in Helotes, TX and attended Texas A&M University, graduating in 2004. A year later Matthew returned to A&M to pursue a master’s of science in water management. In 2007 he was hired as the director of the Seguin Outdoor Learning Center in Seguin, TX. He began working with the San Antonio River Authority in October of 2009 as the Education Specialist. In 2011 Matthew took on the additional role of leading the Nature Based Park Program, coordinating development projects and programming for the River Authorities park resources. In 2013 Matthew was promoted to Recreation Superintendent. In his current position Matthew develops and oversees the public outreach, programming, vendor contracting, event permitting, and park development projects for the River Authorities recreation sites throughout Bexar, Wilson, Karnes, and Goliad Counties.