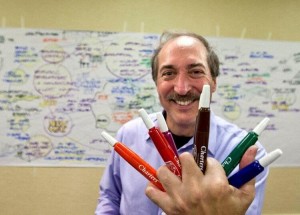 As a public resource that covers about 30% of the land area in the average American city, streets are an underutilized resource in every community. re:Streets broadens the Complete Streets concept to describe how the function of streets can be expanded to create a vibrant and healthy community.

Streets take up about 30% of the land area in the average American city. Many residents do not have access to transportation, space for recreation and community gathering or convenient access to healthy foods. Why not use streets to promote active living and healthy communities instead of just for driving?

This session explores the future of America’s streets based on the results of re:Streets — a three-year research effort funded by the National Endowment for the Arts. re:Streets is a fundamental rethinking of America’s streets based on the most recent research on street design — including design charrettes held across the country involving hundreds of multidisciplinary professionals.

Daniel S. Iacofano, PhD, FACIP, FASLA, will explore the nine functions of well-designed streets, including multimodal mobility, social gathering, commerce, events and programs, play and recreation, urban agricultural, wayfinding, green infrastructure and community identity. He will share design guidelines for revitalizing our streets, including low or no cost ideas that can be immediately implemented and web resources available to everyone at www.restreets.org. Case studies will demonstrate the economic potential of streets and their role in promoting active, healthy living. re:Streets has exceeded expectations, mobilizing hundreds of professionals across the country to redesign streets as public spaces that meet human needs and contribute to public health and economic revitalization of our communities. These projects include implemented, built streets nationwide — from Texas to California.

Daniel S. Iacofano, PhD, FACIP, FASLA has more than 30 years of experience in urban planning and community design, specifically for downtowns, transit-oriented development, neighborhoods and urban centers. He is nationally recognized as an expert and innovator in the areas of community participation, consensus building and facilitation. Daniel’s diverse projects have addressed such issues as transportation, housing, economic development, land use and regional growth.
Mr. Iacofano was intimately involved in the creation of the Downtown Dallas 360 plan and has worked in a wide range of communities from Downtown Los Angeles and Downtown Denver to Anchorage and Washington, D.C. He is a leader in the national re:Streets effort, exploring the future of streets and what America’s roadways would be like if they were designed for living, instead of just driving. 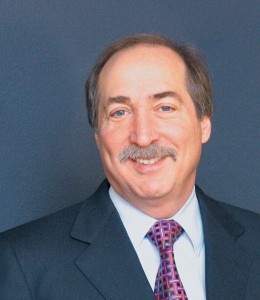