State of Biking in Houston: Past, Present and Future 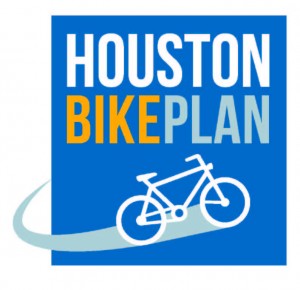 Houston is a biking city? Yes, and citizens of Houston are dusting off their bikes and joining the movement whether on the expansive off-street trail network along city bayous, the new cycle track on Lamar Street, or the countless groups rides happening weekly in Houston. Tens of thousands of Houstonians partake in monthly rides like Critical Mass and yearly programmed rides such as the Tour De Houston, Tour De North Side, Tour De Cure (we like tours) or the BPMS 150 ride from Houston to Austin, one of the largest organized rides in the United States.

Come see how Houston is responding. Explore the great work Houston has done to date, and find out what’s just around the corner. It’s an exciting time to be in Houston.

Anita Hollmann is the City of Houston’s Pedestrian-Bicycle Coordinator and Project Manager housed within the Traffic Operations Division of the Public Works and Engineering Department. In her short stay with the Department she has initiated the City’s first Bicycle Count Program, and established a safety training program she is hoping to mature across city departments. Prior to her current role, Anita worked in the Transportation Planning Division of the Planning & Development Department where she assisted with the Houston Bike Plan, managed sub-regional mobility plans focused on multi-modal corridor considerations, assisted with the draft and passage of the Houston Complete Street Executive Order, and the City’s Infrastructure Design Manual (IDM) which provides basic criteria from which engineers can design infrastructure in an acceptable manner. While within P&D, Anita also oversaw two cycles of the Major Thoroughfare and Freeway Plan Amendment Cycle and managed the Texas APA award-winning Urban Houston Framework study. Prior to her work in the public sector, Anita practiced transportation planning at Kimley-Horn and Associates managing small area plans, conducting pedestrian-shed analysis and assisting in model testing and development. Anita earned her Master of Urban Planning and associated certifications in Geographic Information Systems and Sustainable Urbanism form Texas A&M University. 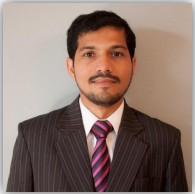 Mr. Mohite coordinates mobility issues in Houston and its extra-territorial jurisdiction (ETJ). As a 13-year veteran with the City of Houston, Mr. Mohite has managed & coordinated on a range of planning projects, studies and ordinances such as the City’s Transit Corridor Ordinance, Subdivision Platting Ordinance; Washington Avenue, Independence Heights and other Livable Center Studies; Inner West Loop, Heights-Northside, Northwest Houston and other Sub-regional Planning Studies, and others. He is responsible for the City’s Major Thoroughfare and Freeway Plan, which guide development of roadway infrastructure in the City and its ETJ. Mr. Mohite is leading the City’s effort on developing the City of Houston’s Complete Streets Transportation Plan, and the Houston Bike Plan. As part of the City’s participation in the Sustainable Communities Regional Planning Grant, Mr. Mohite led the study to develop a comprehensive framework for developing Urban Centers in Houston. He has been active in ULI Houston’s – Housing & Community Development Product Council and has participated in Third Ward Redevelopment Toolkit and other local ULI – Technical Assistance Panels. Mr. Mohite is a 2002 graduate of Texas A&M University Urban and Regional Planning Program and is an active member at the Urban Land Institute – Houston Chapter.